A Part of This Land

Produced fall 2020
A Part of this Land showcases many important wild landscapes while tribal members of Alaska share how wild plants are important for food, medicine and ceremony. Viewers will hear how the EPA and tribal organizations can work together to protect the land, consider all voices when making legal decisions, and the importance of allowing access to subsistence foods.
-Northwest Iñupiat Region-

Produced Winter of 2020
Ikaagvik Sikukun -Inupiaq for ice bridges - is a research project in Kotzebue, Alaska that connects the community with scientists to understand sea ice change in Kotzebue Sound. Under guidance from an advisory council of Elders, the project uses state-of-the-art observing techniques, including unmanned aerial systems (commonly known as drones) to answer questions related to sea ice, ocean physics and marine mammal biology.
Ikaagvik Sikukun - Episode - Project Overview, will give you the first glimpse of what this project is all about.
QIKIQTAGRUQ NORTHERN LIGHTS DANCERS

COUNTING ON CARIBOU
Iñupiaq Way of Life in Northwest Alaska

Produced: Winter of 2016
Counting on Caribou showcases the ways in which the Iñupiat people of Northwest Alaska are seeking to maintain their connection to caribou and the influences that threaten this staple subsistence food

Tied to the Land
Voices From Northwest Alaska
Film series

Produced: 2015 - extended versions 2019
Tied to the Land film series, a Sustainable Futures North project through the University of Alaska Fairbanks, showcases 10 northwestern Alaskan villages as they adapt to rapid changes in climate, weather and resource development. You will be immersed into the daily lives of active hunters, fishers and gatherers in the northwestern arctic by land, sea and air.

Effects of Weather and Climate
on Subsistence Communities

Produced: January 2014
The activities of subsistence hunters, fishers and gathers are dramatically effected every day by weather and changing climate conditions. Having accurate information to gauge ice thickness, wind, temperature can make the difference between success and failure, safety and danger. Effects of Weather and Climate on Subsistence Communities takes us to seven Northwestern Alaska Native communities (Kotzebue, Kivalina, Point Hope, Noatak, Ambler, Buckland and Deering) to find out how people there deal with and adapt to ever changing and less predictable environmental conditions.

Produced: December 2017
FISHING IN NOME, ALASKA takes viewers into the everyday lives of commercial and subsistence fishermen to discover how locals catch and process salmon and halibut. This film was produced for a fishing exhibit at the Carrie M. McLain Memorial Museum that opened November 2017.

Produced: December 2017
GOLD DREDGING IN NOME, ALASKA takes viewers into and around large bucket-line gold dredges with operators and locals to learn some of the ways these ship-like machines mine placer gold in and around Nome, Alaska. This film was produced for an interactive exhibit at the Carrie M. McLain Memorial Museum that opened November 2017.
-Yup'ik Yukon-Kuskokwim Delta Region-

The Tundra-to-Table cooking series is designed to celebrate the benefits of wild, Alaskan superfoods. The series demonstrates how to make simple, healthy dishes using ingredients that are readily available in villages, both from the tundra and the store.
Produced: Fall 2016
Click box below to watch the whole Tundra to Table series
Whole Series
-Athabascan Music and Dance-

Produced: March 2013
When gold was discovered in Alaska over a hundred years ago, miners, trappers, and traders who came to seek their fortunes brought their fiddles and an old country music tradition with them. The Athabascan people they interacted with heard the music, picked it up and claimed it for their own. For the past thirty years Native Fiddlers have gathered in Fairbanks Alaska to trade tunes, hear each others' unique styles and perform for a grateful audience.
Tradition in Tune takes viewers to the thirtieth anniversary Athabascan Fiddle Festival, a four-day, non-stop expression of Native unity, culture and values.
Click box below to find the Athabascan Fiddle Association on Facebook
Facebook Page
-Iñupiat & Tlingit Ethnobotany-
TIES TO ALASKA'S WILD PLANTS
Film Series
Produced: 2016
This film series is designed to teach viewers about the many traditional Alaskan indigenous ways of using wild plants for food, medicine and construction material. Filming of ...Iñupiat Traditions occurred during the summers of 2013 & 2014 in Kotzebue, Alaska and filming of ...Tlingit Transitions of Helen Watkins occurred in 2015 in Juneau, Alaska.
This video material is based upon work supported by the National Science Foundation under Grant # 1546438. Any opinions, findings, and conclusions or recommendations expressed in this material do not necessarily reflect the views of the National Science Foundation.
Special featured film in honor of Helen Watkins
November 16th, 1939 - February 9th, 2016
ETHNOBOTANY CERTIFICATE PROGRAM
University of Alaska Fairbanks
Produced: May 2015
This film takes viewers into the world of ethnobotany experienced in the ancestral landscape of the Iñupiat people, while witnessing the happenings at the University of Alaska Fairbanks Chukchi Campus-run course in Kotzebue, Alaska in the summer of 2014. Through interviews with instructors, Elders and students, you will get an idea of what ethnobotany means to this diverse audience, while also learning what to expect out of a UAF two-week intensive summer field course.
Click box below for more information about the Ethnobotany program
Drumbeats website

Aqqaluk Trust 2015 Youth & Elders Conference
video series
Produced January 2017
In the spring of 2015, Aqqaluk Trust hosted a Youth & Elders Conference in Kotzebue, Alaska. These videos feature some of the language and culture activities during the 4 day conference, including traditional craft workshops, interactive language activities, panel discussions and insightful interviews with participants and hosts. This video series also includes 3, soon to be 4, Iñupiaq language version workshop videos in which viewers can listen to dubbed Iñupiaq and follow along with the written Iñupiaq and English translation.
Click box to view all 14 videos produced from the 2015 conference
Aqqaluk Trust Videos
Produced: May 2013
These six Iñupiaq Language and Culture films, edited for the Smithsonian Institution’s Arctic Studies Center, are designed to help teach Iñupiaq language and culture through discussions with Elders over traditional objects that are on loan from the Smithsonian in DC and currently housed in the Smithsonian Arctic Studies Center area of the Anchorage museum. You will hear several Iñupiaq dialects spoken between eight Elders during a workshop in January of 2012.
Click either box below for more information about the Smithsonian Arctic Studies Center
-Southeast Alaska Culture-
Produced: 2015- 2020 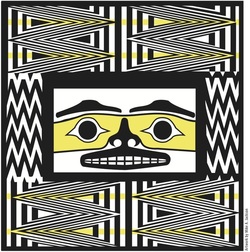 Sarah Betcher directed and edited the 2015 conference videos, directed the filming of the 2017 conference, and filmed behind the scenes interviews with participants at the 2019 conference. Below are 4 of the 65 sessions recorded and published in 2015, as well as one of the interviews from 2019.
Click box below to view all Sharing Our Knowledge conference videos on their youtube channel
All videos

Produced July 2017
Fishing is a way of life in Alaska. This film celebrates the importance of fishing in Alaska's coastal communities and the value of fishermen's knowledge for science and management.
-Unangax (Aleut) Bentwood Hats-

The Art of Bentwood Hats

Produced: July 2014
For one week in March of 2012, the Smithsonian Institution’s Arctic Studies Center at the Anchorage Museum brought together two master artists and two apprentices to make Aleutian Islands bentwood hats while also sharing their traditional knowledge with school children, visitors, and museum staff.
Video recordings were edited into a film series, including an introduction, how-to steps, and interviews with each artist and apprentice.
Please contact Dawn Biddison at biddisond@si.edu
about teachers guides, lesson plans or DVS's.
To watch the whole series, including the step-by-step films, go to:
The Art of Aleutian Islands Bentwood Hats